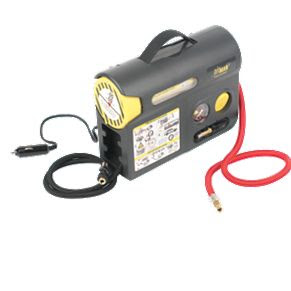 Being the tyre nerds that we are at Heffernan Tyres, we are inclined to prick up our ears anytime the subject is mentioned in the media. So when a recent episode of The Consumer Show on RTE1 featured a test on Tyre Sealant Kits, we were all ears. We have had our own view on the subject for many years so it was interesting to watch and see if the same conclusions as ours were reached.

In principle the idea of these kits is a sound one. They reduce the weight of the vehicle saving fuel and create extra space in lieu of a spare. All sounds good so far.
This excellently produced video by Continental Tyre Group also emphasises the safety benefits and simplicity of their Conti Comfort Kit which is one of the best on the market.

Still sounds good and this presentation certainly made it look easy.
However on The Consumer Show, the testers were made to practise the use of three such kits for their ease of use, etc. The results were near amusing, with the team ( a mix of men and women) struggling to get their kits to work in a typical puncture situation. Most of us are drilled in changing spares on our cars so in a typical breakdown we are not likely to panic or lose concentration. Trying to put something like what was tested together on a rainy night on the roadside = flap = danger. So no one was sold on the simplicity or safety aspect. Also in the video above ''85% of punctures are repairable''. Eh! No! UK maybe but on our potholed narrow roads, no! So in  situations where your tyre is unrepairable you're faced with one option, tow.
Finally as part of their review, the show asked a number of car dealers if they carried a spare on their car. The only answer was an emphatic yes.

We were pleased to find that there was a fairly broad consensus reached on the show and that it pretty well concurred with our view here at Heffernan Tyres. We have covered the subject of Runflat tyres on here before and it is our considered opinion, that in the Irish market, runflats are the only exception where you should drive a vehicle without a spare. It was good to see that others agreed with us. 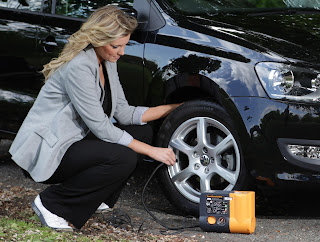 Posted by HEFFERNAN TYRES BLOG at 06:41